I went to a wake this afternoon. It seems to be something I have been doing far too often lately.

This one was for an old friend.

Let me clarify – he was far from old.  As a matter of fact he was just 43.  But he was a friend from high school, which apparently was a long time ago. 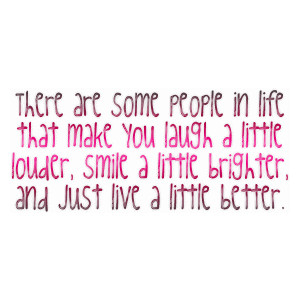 In high school we had a thriving youth group at my church.  We spent so much time together, they became extended family.  We came from different schools, and our ages ranged – but there was a love and peace and acceptance among us that was really something spectacular.

We met at the church sometimes.  We watched movies, played games and talked.

We sometimes went on retreats- Koinonia, Pennsylvania, Virginia.  We traveled to youth gatherings.  We laughed, we cried. We held each other up. 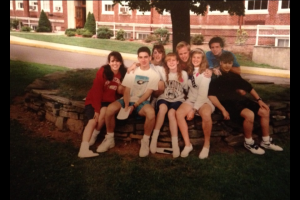 But time got in the way and years passed.  College led into grad school, and husbands, and wives, and jobs.  Then there were children and houses… and, you know how it goes.

Before you realize it – it has been 10, 15, 20 years since you have chatted with a friend.  Nothing ever happened to cause the separation, just life – getting in the way of keeping in touch with those we love.

I met up with him last year, at the wake for his mother.  We talked for a while – like old times.  Years seem to evaporate in the presence of those we truly love.  You see he was one of the “good guys,” and possessed the capability to light up a room with his sense of humor.  He showed compassion for everyone, and had the ability to make you want to talk to him.  I left that day, not overly confident we would see each other again soon, but still missing my high school youth group, and the security that the net of dear friends had woven for me through some trying times.

So when the news came this week that he had died.  Without warning or explanation.  That he had left behind a wife, 2 children, his dad, 2 brothers, 2 sisters-in-law, and their children – I was absolutely stunned.  That’s just not the way its supposed to go down.  He was one of the good guys.

So I found myself today in a funeral home in New Jersey having an impromptu reunion with my high school youth group.  Most of us are “in touch” via facebook.  I read an article here, see a picture there.  I catch a quick status update from time to time.  Sometimes I click “like.”  And somewhere in my head I have justified that this constitutes remaining in touch.  I was appalled at myself for even allowing the illusion to fester.  Don’t misunderstand me.  Facebook, and its social networking concept is fantastic.  But it does not – nor can it ever- replace conversation, interaction, a hug, or – as we used to say in high school – a “nose pet.”

Facebook has been a blessing for me in so many ways.  I have “met” so many other Cowden’s Syndrome patients.  I have learned about, and shared experiences with others who suffer from rare diseases.  Meghan has connected with two young Cowden’s friends – one on a different continent.  But it still doesn’t fix the inherent problem with being able to look at a computer screen and delude yourself into believing you are “connected.”

I don’t know what the answer is.  I, like all of my friends, lead an incredibly busy life.  But I do know that leaving all my connections, and contacts with the people I love to facebook – reducing them to “likes” on a page, is not the answer.  I looked around the small group gathered in the room, and I felt genuine love for these people.  I enjoy their company.  I find them funny and engaging, just as I did some 20 plus years ago.

As we reflected on our friend – we did our best to catch up.  Then we hugged and went our separate ways.

I hope this will serve as a wake up for me, and that one at a time I will at least find the time to send an Email, or make a call.  Life is busy – but there has to be some time – just a few minutes.  There has to be.

We can’t be destined to meet again only at the next wake, when another one of the good guys is gone too soon.

Mourning his loss… hoping he is getting plenty of “nose pets” in heaven.

2 thoughts on “Facebook – and other lies we tell ourselves”