Meghan received a special invitation a few weeks back.  She kept quiet about it – even though she was bursting at the seems.

On February 27th, as we were preparing for Rare Disease Day, Meghan met and shared her story with Borough President James Oddo.  They hit it off instantly, and spoke like old friends for quite some time before he broke away to introduce the “Readers are Leaders” Campaign to our school.

More about their meeting here:

Well after their extended conversation, the Borough President gave Meghan his Email address and reminded her she had a “friend in Borough Hall.”

They exchanged Emails at least once, and Meghan was THRILLED to receive an invitation to sit with the Borough President AT Borough Hall – 4PM, March 28th.

And the make the whole thing even more exciting, her efforts on advocacy and awareness and fundraising earned her the nomination for NY1 “Staten Islander of the Week.” (More on that segment which will air next Friday to follow.)

We arrived early, a rarity for us, but this was a REALLY big deal.  Meghan had carefully selected a few gifts for the Borough President which were tucked in my bag.  She proudly donned her “previvor” tee, and we sat anxiously in the comfortable waiting room.

We were given a tour of the basement and first floors, and showered with some gifts by “AJ.”  A giant help, and a generally nice guy. 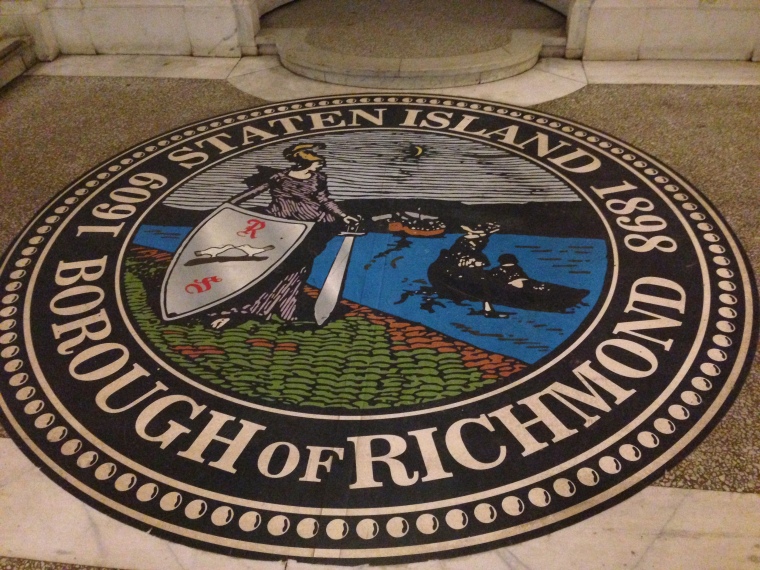 Then, it was time.

Meghan and I were  greeted with hugs by our warm and extremely genuine Borough President.  He repeatedly introduced Meghan as his friend.  He told stories of how she inspires him.  His staff and constituents walked in and out, joined the conversation, and came and went, as if a 10 year old in the office was a normal occurrence.  They talked about health and advocacy, about her denim ribbon necklace, and her Cowden’s Syndrome Awareness card. They talked about her surgeries and her medical struggles, but also about reading, and literature, and the healing power of dogs.  They have quite a lot in common and my heart sang to watch my 10 year old in the arm chair hold her own with a well-respected politician as if they had been friends for years.

The NY1 interview was comfortable.  She speaks clearly, and flashes an award winning smile. 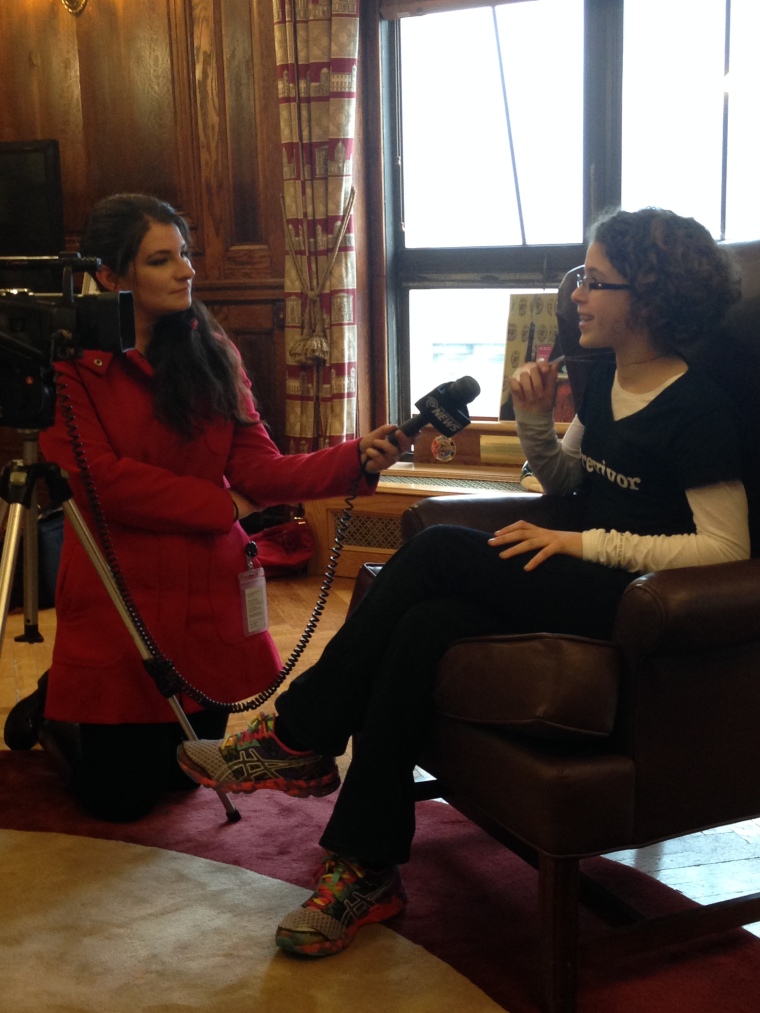 Meghan gave Borough President a rock with the word “courage” in it, after he shared a touching story with her.

He reminded her if she needs anything, she is to contact him directly.  And as the year goes on as she thinks of new ways to spread the word about Rare Diseases, he will help in any way he can.

Her eyes brightened.  Her goals got larger. 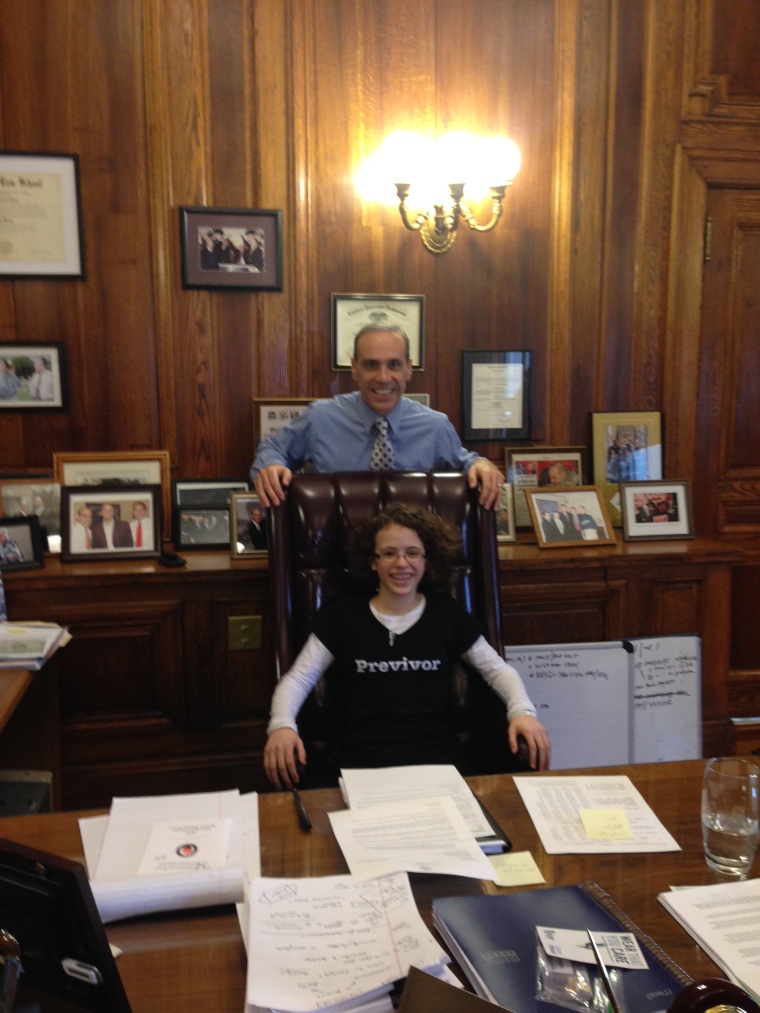 Thank you Borough President Oddo.  Staten Island is in good hands.  You are one of the good guys.