Last summer we invested in a new roof for the house.  I’ve never regretted it.  Truth be told we had no choice.  There were leaks and dry rot.  All sorts of potentially serious places for significant damage.   Lots of horrendous storms have pounded down on this roof since the summer of 2013 – both literally and figuratively.  But we’ve stayed safe and dry.  I have to figure its some combination of strong plywood, and a well done roofing job, coupled with our strong family bond, deep faith, and our ability to keep laughing.

The weather forecast this week is pretty awful.  And I started thinking about how, “into every life some rain must fall.”  And I started to wonder, whether maybe we’ve actually had enough rain.

Cowden’s Syndrome brings its own share of cloudy, overcast, generally awful days.  And life, well it can get dicey and complicated even without Cowden’s Syndrome.  This year has been wild.  Full of so much sadness, and hurt, and sorrow.  And in between there peeked in some fun, happy times. 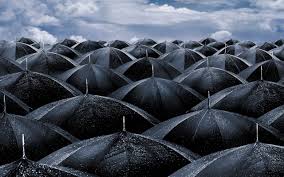 This month has been tricky.

I’m really starting to think it might be time to consider an ark.  I’m not wallowing.  Nor do I think we are the only ones buried enough to need that ark (we’ll share,) but wow.  Just, wow…

Two weeks ago tonight we rushed Meghan to Lenox Hill Hospital for emergency surgery on the AVM in her right knee.  The 50 ccs of blood were removed from the knee-joint, and by Wednesday we were sent on our way.  Thanksgiving weekend was spent home.  Low key.  Leg up.  Resting.

We had goals.  All geared towards December 8th.  Goals set by the medical team.  Swim practice was to begin again tonight.  And Mom, FYI – goals are different from plans… 🙂

We slowly weaned off the crutches, and the pain medicine.  We moved to an ace wrap as needed.  By last Monday the 1st she went to school still in pain, but unassisted.  The swelling was going down.  The healing had begun.

But by Friday she couldn’t do it.  Had to stay home because of the pain.  The swelling looked a little off too.  More rest.

Sunday she woke up late and come down the stairs declaring the pain was worse – and “different.”  The knee looked horrendous.  And very similar to its pre-op state.  More resting.  Some pictures.  Some brainstorming.

All the while Allie, our oldest dog was having troubles of her own.  Allie, lethargic for a bit – collapsed on a walk.  Felix called me to pick him up carrying 70 pounds of dog.  Off to the vet for abdominal x-rays and a negative test for pancreatitis.  There was no discrete mass of the x-ray, just some shadowing.  They decided to try to treat for pancreatitis despite the negative test.  There aren’t too many other good options and I am worried.

And so we got medicine for Allie, and got her boiled chicken and rice for her bland diet.

And we took pictures of Meghan’s leg and elevated the knee.

Today we got up early to give Allie her medicine together.

Then Meghan dragged her painful, aching leg around school until I could get us an appointment.

1:30 arrival at Lenox Hill.  Sonogram initially showed no blood.  Then, wait for it…. there it is.  But no obvious spot its coming from.  Shocking really.  Could it be residual from the procedure two weeks ago?  It looked to be about 5ccs.  Nothing compared to the 50, but I remember a time less than 5ccs of blood in the knee-joint freaked them all out.  Now all of a sudden – we’ll just wait and see. 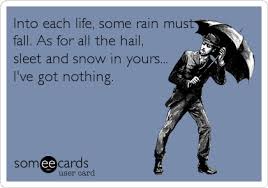 Not the first time we haven’t seen eye to eye.  But he’s all we’ve got.  One of very few doctors in the north-east to operate on these in kids.

I get not racing back in.  I do.  But validate the kid for the love…. I know she’s super sensitive, but that just means she feels EVERYTHING, INCLUDING the stray blood in her knee.

Wrap it.  Elevate it.  Put swim off another week.  (Tough talk from the guy who initially said she wouldn’t even need crutches.)

In the car Meghan told me to get my Christmas shopping done.  Just in case.  She hopes she’d wrong – but it doesn’t feel right. 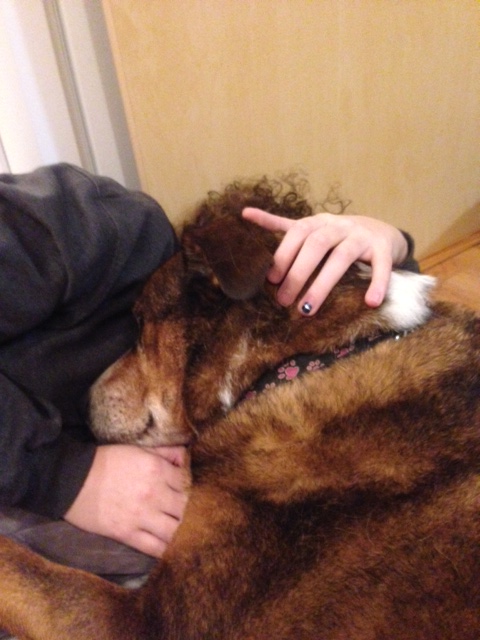 I’m done with the rain.  Really over it.  Rainbow anyone? 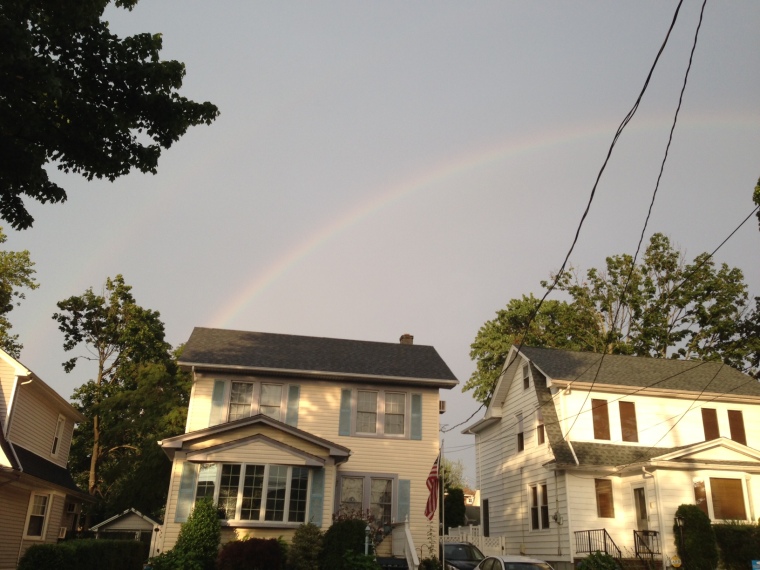