You have to give the body what it needs.  Tonight mine needs ice cream.  With hot fudge.

Today was day 3 of a seemingly impossible root canal.  Our very capable dentist deemed it in the 5% of root canals he has to send out.  That was after almost 90 minutes in his chair 2 weeks ago.

The root canal specialist looked at it and validated the dentist.  She said he was right.  It was going to be tough.  That was just the consult. 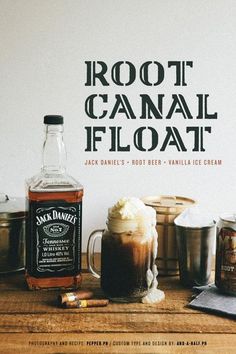 Last Tuesday, and again tonight I spent an hour each time with my back lower left molar being attacked.  My jaw hurts.  My face aches.  To hear it wasn’t finished was no fault of the dentist.

It was “odd,” “unusual,” and “the most difficult root I’ve faced in a while.”

She has to talk to the dentist to decide the fate of my less than one year old crown.  In my gut I’m not so sure the tooth will survive.  Time will tell.

My girl, thankfully used Uber to get home from school, so that she could get the dogs ready.  Lucky, our older dog had a consultation to consider surgery to remove a mass on her side.  She’s 12.5, bloodwork to determine if she’s a candidate will be in Friday.

And that’s just the normal, happens to everyone stuff that has gone on this week.  Is it really only Wednesday?

One day at a time I keep reminding myself.

We re-upped our commitment to Physical Therapy last night after a visit with the orthopedist last week.  He voted for 12 more weeks for the shoulder tendonitis and the possible “plica” in the (formerly) GOOD left knee.  Thank GOD for Dr. Jill.  Without her knowledge, patience, humor, adaptability, passion and skill I have no idea where we’d be.

He also asked for an MRI of the left knee “just in case.”  It’s on hold for now.  We are literally in a point in life where we have to conserve scans.

The brain MRI is February 20th and that has to be priority.

January 17th we saw the adolescent gynecologist.  She reorganized the hormones, and put in the order for an abdominal sonogram.  Its time to check and make sure that uterus is behaving.  As soon as we can get it on the calendar.

I sent a lengthy summary of 2017 to her geneticist asking that he reevaluate a few areas of concern.  I sent the Email Sunday.  By Monday I had been politely dismissed.

All my hopes rest with the pediatric endocrinologist.  Appointment is 2/9.  He’s gotten a few articles and knows I’ll be pleading for a trial of an alternative thyroid medicine.

I’m starting to lose faith in the medical professionals we see.  And I had thought we’d conjured up a great team.

Cowden’s Syndrome is time-consuming and exhausting.  It’s hard to see unless you’re in the middle of it.

And sometimes when you can see it every day – because you have to- you know that sometimes you need ice cream for dinner.

And that’s perfectly ok.  I may even go add a glass of wine.

2 thoughts on “Ice Cream for Dinner”