Our world changed one July day…

It was the summer of 2005 –  I was the mother of an almost 2 year old.  That is when the world started over, and everything began again.

At the time, she received Early Intervention Services for OT  and Speech.

Our house was a busy place.

They left me notes, and I caught up with the babysitter – sure that I was doing everything I could.

“I think you should consider food allergies,”  was how she gently began the conversation.

“Meghan doesn’t have any allergies,” I replied.  I had dutifully, as the pediatrician instructed, introduced foods one at a time every few days looking for any hives.  That is what I knew to be allergies.  So now I was sure she had none- although her face was bright red and her belly distended several times its natural size.

“Look into a gluten free diet,” I was gently prodded.

And I resisted.  Every step of the way.

“Go and see this DAN! (Defeat Autism Now) doctor, just give him a try…” prodded the speech therapist.

“You think MY kid is on the autistic spectrum??  No way.  She looks right at me when she… doesn’t say a word.  And she …” Well I finished the thought without speaking.  It went something like – ‘she spins around this house like a top – a complete whirlwind.  She doesn’t play, stack, or interact with any toy.  She cries all the time.  She leans over the side of the couch because her belly hurts.  She doesn’t speak at all.  She doesn’t behave like any of my friends kids.”

My heart sank.  I was an elementary school teacher with a Master’s Degree in Special Education.  Could I have been blind to my own child’s issues?

Well, she is way too related to be autistic I told myself.  But her sensory system is a mess.  She can’t tolerate noises, or sand, or textures.  She should be speaking.  And why is her belly so big?

So I read, and I read.  And I finished “Children with Starving Brains,” and I moved on to more.  “Biological treatments for Autism and PDD,” “Healing the New Childhood Epidemics,” “Evidence of Harm…”

And slowly I was rocked to my core.  There was a sense of gratitude for the speech therapist that had pushed just enough, and a sense of urgency for my child who I knew wasn’t autistic – yet… although there were some significant tendencies there.

So we took away milk.  Honestly it happened by accident.

February 4, 2005 I was showering after my first full night’s sleep since she was born.  I am not exaggerating one bit.  And, as I tried to determine the cause it occurred to me we had run out of milk the day before.  THAT WAS IT!

After enduring the on the floor tantrums, the crying, and the freak outs… we got rid of every dairy containing product in my house.

And, as her belly came down in size and softened up, there was this added bonus.  She started to speak.  I mean really speak.  She went from non verbal to almost appropriate over the next 18 months.  The constant antibiotics for ear infections that wouldn’t clear became a thing of the past.

But still… we were on the right road, but we weren’t there yet.

I introduced soy to supplement the milk loss, and dare I say things got worse.  There was this bright red rash all over her face… and everywhere else.  We quickly dropped the soy.

On to gluten.  That was so tough.  What a major life change.  Ingredients tossed regularly.  Gross food.  Costs unimaginable.  But we were getting somewhere.  We were making major progress.

Then there was that day in early July 2005.  I don’t know what set off the melt down to end all melt downs, but it was unsettling to my core.  I could not soothe my child.  She would not let me touch her.  The screaming.  The sobbing.

I picked up the phone to look for one of those DAN! practitioners, and found that Dr. Elice in Long Island had availability that week.

Fortunately I had taped the melt down.  Perhaps the best thing I ever did, because my husband was immediately on board.  And its a good thing, because this venture wasn’t cheap.  $1000 consult.  $500 follow up, and $250 a visit after that. 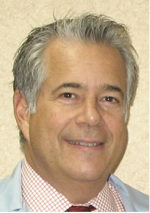 I was ready.  I am not sure if he met me with fear or admiration that first visit, but I presented him with a chronology of every medical document I had, tabbed, and noted.  If I was going to spend that kind of money… I was going to be sure it was worth it.

Dr. Elice had been a pediatrician for 28 years before turning to DAN!  He knew that something wasn’t right and something was happening to the children he cared for.  So he set out on a journey to figure it out.

Meghan was one of his very first patients, and over the last 7 years he has proved not to disappoint.

He has spent hours upon hours, listening to us, looking at lab work, getting to know Meghan, patiently explaining biochemistry, and trouble shooting her areas of greatest need first.

At the beginning we probably saw him once a month.  That was back when there was a need for B-12 injections, and all sorts of lessons about metabolic pathways.

Now, he has his own office.  A practice to stand behind his philosophy.

Slowly it had become more of a 2 to 3 times a year visit.  Our pancreatic enzymes that have saved so much GI distress, come from him.  He used his brain.  He treated what he saw.  He thought outside the box.  No need for a pancreatic biopsy – “Let’s just try.”

He is a far cut above those who believe to “First  do no Harm.”  He believes to first HELP them ALL.

We walked into his office today to familiar hugs.  He has a new office since we first met.  A new staff.  He is helping COUNTLESS children.

Today he spoke to Meghan directly for at least the first 15 minutes we were there.  Then he spoke to Felix and I.  We spoke about her medications, and our concerns – although the list is so much shorter than it was 7 years ago.

He ordered lots of lab tests – to try to get to the bottom of a few things.

13 vials of blood today.  We will try for the rest on Saturday.  And a 24 hour urine test on the horizon.

He understands autism, and while I know many friends whose children are deeply affected, he knew that Meghan was not to be one of those kids.  He knew that while she is metabolically similar, there were some significant differences.  She never received a diagnosis anywhere on the spectrum of autism. 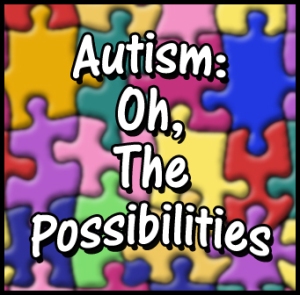 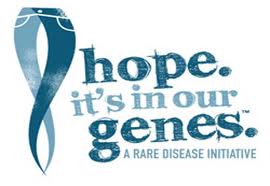 And, knowing this, he will not accept Meghan’s fate as predetermined.  He knows that I will continue to have her checked and scanned, but he intends to help us circumvent the inflammatory responses that will trigger a malignancy or an autoimmune response.

He will get all the lab tests.  He will send them to me.  We will strategize.  There will be new supplements.  Ones to help teach her body that it does not have to sit back and accept its fate as predetermined.

For us – he is the HOPE that we need.  The balance in this rocky sea of medical storms.

Almost seven years later, I shudder at where we could have been.

Today we are thankful for one of the good guys.

Thanks, Dr. Elice for working for our kids…

When we were in Walt Disney World, one of the rides we went on was “The Carousel of Progress.”  Now I must admit this isn’t one of my all time favorites, but it does serve to cool you on a hot August day, and provide some food for thought.

For those of you who have never been, it starts out in the early 1900s and has several scenes detailing progress through the years.  Of course, with all progress, there are a few snags along the way. 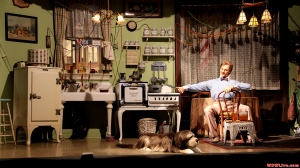 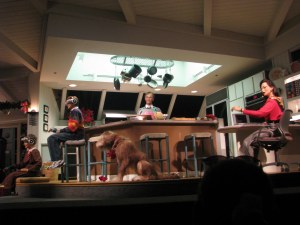 And I think the lesson to be learned by those of us cooling off in the comfortable Air conditioning, is that with every new change, we lose a bit of the old.  It is often beneficial, and frequently necessary to improve, but we need to keep an eye to where we have come from so we don’t lose ourselves.

So why was this on my mind – aside from sorting out the Disney Photos?  Today was a doctor day  – again.

Today we took a 2.5 hour (should have been 75 minutes) road trip to Long Island to see Dr. E.  People ask me all the time who he is, and why we see him.  Well, the truth is, he is kind of our “think outside the box” doctor.

We first met him in 2005.  Meghan was severely delayed in many areas.  Her behavior was at times scary, as she was having fits of rage that were tough to manage.  She was bloated, and her belly was in terrible shape.  She wasn’t speaking much, and her speech and occupational therapists were starting to whisper “autism” to me.

Not feeling at all like that was where she was, we headed to see Dr. E, a DAN! (Defeat Autism Now!) practitioner.  He had been a pediatrician for over 20 years and had recently made the change to treating children with biomedical interventions.

It was a scary commitment to see such a doctor.  There was no insurance at all, and the initial out of pocket fees were frightening.  But when we sat and spoke with him, and he told us about the ways he was going to help Meghan – he meant it.

It is 7 years later.  My daughter is a far cry from that sensory sensitive, sickly, silent, little girl we brought him in 2005.  We have gone through countless lab tests, various diets, vitamin and mineral supplements, prescription and non prescription medication.  He has seen us through her gall bladder attacks, and has answered my texts and Emails at the most obscene hours.

Progress.  At a cost.

Not just a financial cost, but an emotional one too.  And now we hit a crossroads again.  Progress is at a standstill in many ways.  (Not in the bright, articulate, funny girl, but in other ways people don’t see.)  The strep is returning to life on a regular basis.  Her development is not agreeing with her hormone tests.  Her belly bothers her, and she needs medicine to help her sleep.

I spoke with him at length today.  He wants me to see a very intelligent nutritionist in NJ for a very specific test.  It will uncover some of the “mysteries” we are missing, he says.  We are past the point where we can look at her and treat her.  She appears well, but there are too many things that don’t make sense.

To which he gives me the honest, “I don’t know.  There isn’t enough research.”

But, he insists what he does know, is that we will gain a wealth of information from this test.

It is costly, and there is no guarantee the insurance will cover it.  But, she is worth it, and we will likely set it up.  The question is when?

School starts in a week and a half.  I have 2 appointments tomorrow, she has 2 Monday, and another Weds.  There comes a point where we have to stop running like this.

When I was a little girl we vacationed in Ocean City New Jersey.  I used to like the carousel, but I wasn’t as daring as my sister – who would lean over and reach out for the rings.  I liked to hold on – tightly.

I think about this carousel as well, moving in circles, sometimes seeming to get nowhere.

I find all these appointments all consuming, almost overwhelming.

Then I stop and think – it’s not about getting there, it’s about enjoying the ride.