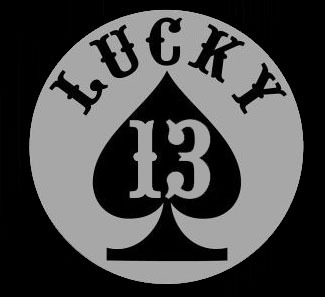 People count all sorts of things.  Among the things we count are surgeries.

Although the most recent ones have been predominantly knee related – 2011, 2012, 2012, 2013, 2014, 2015… we don’t forget the others that fit in.  And we don’t even try to talk about them without the three page cheat sheet detailing the most pressing medical information.  We don’t talk to over zealous residents without the 32 gig flash drive pulling up PDFs of old blood work and reports.  (Saved her another stick today when I could produce a recent normal liver enzyme panel!)

So today, surgery number 13, was not a surprise.  It was anticipated and planned very deliberately for months on end.

The day started before 5, scheduled for a 6 AM arrival.  But, in reality it started last night.  Bags were packed to include clothes, toiletries, snacks, electronics, chargers, and our shakes too.

We got up and out quickly.  No fanfare.  No time for a “selfie” of the three of us in our “Never Give Up” T-shirts.  We checked in just past 6 and shortly after were performing all the typical surgery routines.

It is funny.  There are two groups of people in my life- those who have similar numbers of surgeries to us, and the larger group – those who have had next to no surgeries.  The first group understands surgery “routines.”  The second group raises some eyebrows.  They are horrified at our use of the camera in the hospital.  But this is our reality, and I can pack for surgery as well as I can pack a carry on for vacation.

We were greeted in pre-op by about a half dozen people all asking exactly the same questions (even though they and I had the cheat sheet, we still had to play the question/ answer game.)  Several consent slips were tossed at me.  The anesthesiologist and Meghan made a deal involving the timing of the IV and the mask.  Felix was given the necessary garb to walk into the OR.  I stole a few extra minutes to clarify the plan with the orthopedist.

And I must confess there was some major anxiety.  See, the plan as I saw it was for her to have the AVM embolized while the orthopedist cleaned out and searched for the elusive “leak” in the artery.  That’s why we coordinated surgery times.  Except, as it was presented to me today – the vascular guy wasn’t touching the AVM unless it was absolutely necessary.  This was a far cry from the report after the MRI in January when we were told another embolization was necessary.  But, it was now in the moment.  They had a plan and I had to play along.  The orthopedist promised me the vascular guy would be there while he poked around at the beginning in case he was necessary.  He also promised me he would do his best.  What more was there to ask, I guess.

In the waiting room I thought.  Too much.  But, when I was just about insane with my thoughts, I let them wander to Ashton and Suzannah, and the number of hours involved in EACH of those procedures, and I tried to feel better.

After about three hours we were greeted by the orthopedist.  His words were varied, but included “not as bad as I expected,” “quarterized several spots that were leaking blood,” and, “cleaned out a good deal of scar tissue and debris.”  He gave us some pictures to see his work, and left us to meet up with Meghan in recovery.

She woke up slowly, but well, and soon she was alert.  While she spoke to her dad I fielded detailed questions from several more people who held the cheat sheet. I took out my copy and obliged them with answers.  She woke in the most terrible kind of pain, curtailed by a dose of morphine and some ice.  Lots of ice.  For Meghan.  And for me- as I managed to bang my head on the table.  Insert exhaustion here.

The pediatrician on call was relentless reviewing the three sheet medical history.  Eventually we got our room, and some time around 2 we were greeted by friendly nurses, a nice bed, and some more pain meds.

Things were settling a bit until the “Inquisition” took place in the form of that previously mentioned pediatrician.  I have to tell you she succeeded on really aggravating my last nerve.  She actually handed me her copy of the “sheet” which had been copied to just about every department so she could ask me the same questions.  By now the fatigue was starting to set in.  I resented the implications that it was somehow my fault no one was “running” my daughter’s medical care but me.  I explained carefully that I was jaded by years of dealing with sub par medical professionals.  She did not take the hint and proceeded to contact my pediatrician to tell him she disagreed with one of Meghan’s medications.  Whatever…  Truly.  Spend some time learning about Cowden’s or ANY Rare Disease.  Then we’ll talk. 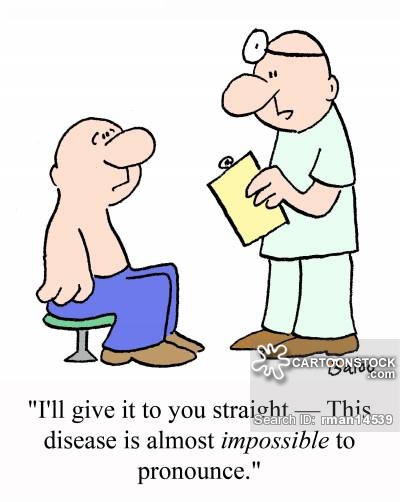 We were called down to radiology at 2:30 so the feet could be X-rayed.  The orthopedist believes, acknowledges, and is searching for an answer on the foot size discrepancy.  Results tomorrow.  In the mean time his caring makes him my current favorite.

Pain medications in place.  Crutches safely in the corner.  Lights are off.  Movie is on.  And the day is just about over.

Tomorrow we SHOULD be home.

my girl was “stable and strong” during surgery.

The little things are HUGE!

Thankful for the prayers and the guardian angels…

Tomorrow is a new day for BEATINGCOWDENS…

Ever feel like you lived a few days all at once?  Yep.  Today would be one of those days.  From the physical to the emotional – I am shot.  And it is only the BEGINNING of the week!

We walked today, my mom, my friend and I.  When Mom picked me up this morning we were both a little grumpy.  then we both cried a little.  It just seemed wrong heading out without Meghan.  But I took some solace in the fact that when I kissed her at 6:30 AM her skin was blessedly cool to the touch.  Maybe it was over.

So we picked up our  friend, and determined to enjoy the sunshine, we were in central Park a few minutes after 7.  Professionals by now, we do all of our shopping, and gathering of “free stuff,”  then we walk it to the car so we can race pretty much unencumbered.  And Meghan, for having not been there, made out quite well in a wide array of paid items and “free stuff.”  Well deserved!

Manhattan was crowded as ever, but thanks to my aggressive little Mom we were up close to the front when the race began.  We moved aside to allow for the runners and then had a really enjoyable walk without the tight crowds we sometimes experience.  We got to chat and walk, and enjoy each other and the sunshine.

At the finish line. Aren’t we pretty in pink?  🙂

So after a fun and exhausting morning we headed home.  Meghan was so thrilled that we hadn’t forgotten about her.  I was less than thrilled to see her on the couch, a clear indicator that the fever returned.

So, just like that came the transformation from walker to Mom.  We started making plans for who would watch her Monday.  She reminded us about her friend, and ours, a neighbor who loves her like she is her own.  Meghan said, “Just ask Patty!”  So I did.  Patty will be here at 7:15.
Thinking it was all taken care of, we sent Meghan for a nap.  Restless a few minutes later, the thermometer revealed a scary 104.2.  Knowing what he would say, I had to call the pediatrician anyway.  That number is too high for me. So, he happened to be in his office and invited us to come in.  (I adore my pediatrician.)

He spent a few minutes sizing her up.  The Tylenol was starting to work and she was down to 103.7.  After an agonizing 20 minutes he sent us for blood work at a local ER.  I am not a big fan of the local hospitals, but thought perhaps a brief visit MIGHT be ok.  Not so much.

In the literally blood spattered walls of a tiny room with no access to TV or cell phone, we sat while they took 2 blood cultures and a CBC.  She admitted at 4 PM with a fever of 102.9.  They gave her a dose of Motrin.   We waited for the blood for almost 2 hours.  As I grew anxious they told me they were having trouble finding it.  Almost ready to leave, it turned up – with a terribly low white blood cell count, but nothing else noteworthy.  We left quickly, being discharged at 6:30 with 99.4, having learned/remembered 2 things.

We had a hard time deciding who got to shower first as we cleaned off the filth we had just been in.  Dinner, some TV, WINE(for me – not her!), and it was off to bed.  Fever free at 8:30.

Headed up now for the 11PM Clindamycin.  Who knows what tomorrow will bring? Every day is a great adventure!