I have been quiet this week.  That in and of itself is unlike me.

I am tired – well bordering on downright wiped out.

There are a few more weeks of summer to go, and aside from a well planned Disney Trip, set in place in January – there seems to be precious little to look forward to.

Meghan has a short list of “have tos” which I plan to do EVERYTHING in my power to work out for her, but really every effort I made to keep this summer better – to “streamline the doctor visits” seems to have failed miserably.

Today she began her summer homework.  While it is reasonable, it is one more thing on a list of “have-tos” for a kid that just wants to be a kid.

There is no camp for Meghan.  It is all doctors appointments – all the time.  And when it is not her appointments it seems to be mine.  She is swimming three nights a week on a new team, at least she is LOVING that – but we have barely been inside our previously overused pool. 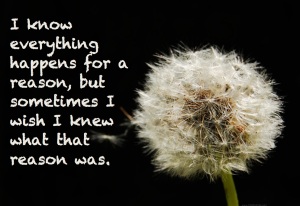 And its funny, while she and I have both had appointments of almost equal number in the last few weeks, I feel so much less stress about mine.

The geneticist  the endocrine surgeon, the gyn oncologist, the abdominal MRI, the plastic surgeon, and the oncologist.  The spleen survived its next cut – and can live for another 9 months.  The 3.5 cm roundish lymphangiomas are stable.  That’s all we ask for now.  The thyroid lymph nodes – not suspicious enough to biopsy.

The plastic surgeon, well the LOVELY woman offered me a boob job to correct the “asymmetry” caused by me shoving the reconstruction all into one day.  Not this year, but thanks.  Good to know the offer stands indefinitely.  For now, I have other things to do.

So I have only one more of my appointments lingering, a late July follow up with the breast surgeon.  I thought of blowing it off and then realized how dumb that would be – for so many reasons.  So, I will go.

So to say this summer, and especially this week has been sheer hell would be the understatement of the century.

Her appointments began the day after school ended.  The lengthy thyroid sonogram bought us another 6 months.  The pituitary function test was a train wreck, but the call this week claims the results were OK.  I want to feel more relieved.  But its hard.  I am waiting to read the report myself.  “Doubting Thomas?”  Maybe.  Realist – probably.  Something is not quite right, but at least its not SO wrong it has to be addressed today.

The geneticist began to speak of carnitine issues, and I am waiting to hear of a possible muscle biopsy.  In the interim I bought carnitine.  Lets see if we can cut that one off.

The vascular surgeon examined the wrist, painful since early June, and the knee.  He wants an orthopedist on board, but wanted me to consult with the rheumatologist about the wrist, and then scan the knee that had the 4 surgeries, because its been over a year.  The rheumatologist concurred on the MRI studies, so we went forward with the wrist first.

Saturday, as I wrote about previously was hell on earth.  I have been through a lot of MRIs with this kid, and the behavior of the two techs scared me to my core.  I was assured upon exit, that the results would be available to my doctor Monday that passed.  Well multiple calls, over the course of Monday and Tuesday led to a promise the results were being released Tuesday.  “It’s a complicated read Mrs. Ortega.”

Wednesday morning  – still nothing at the vascular surgeon’s office, only to find the CD and report left by courier at 10 am.  They will make it by 3 I was told.

A return call to the surgeon’s office at 4:15.  “They just got here, but the doctor is gone – emergencies.  He should be able to look at them tomorrow.”

Some time around 4 AM my daughter climbed into bed between my husband and I.  She had been awake long enough to finish her book, but she just couldn’t settle over the pain in her wrist.  At about 6:15 this morning she nodded off.  I tried desperately to find my peace.

And all day today, again, I held my phone.  We skipped the pool in between the “have tos” of getting the oil burner cleaned and our annual trip to the dentist (normal stuff.)  I refused to be far from my phone.  But as minutes became hours, my hope dwindled.

A call to the office at 4:30, “Sorry, he never made it in today, but Meghan’s chart is on top of his desk.  He has office hours tomorrow.”

Even if the report – by some freak of nature reads “normal” I can’t even be pleased, because the pain is not normal.  It is real, and it is consistent, and it has gone on too long.

I wish for a lot of things in the world.

I wish for children and their parents not to suffer with illnesses or adversity of any kind.

I wish for relief for those in physical, mental, and emotional anguish.

I wish for peace in the hearts and minds of the caretakers of those who struggle.

But today I also wish something else.

I wish that EVERY SINGLE medical professional who performs a test – from what is perceived as insignificant, to critical recognizes the power of their words, and their actions.  I wish that EACH of them understand what it is like to be on the receiving end of cryptic messages, grossly extended tests, and precious little reassurance.  I wish that EVERY doctor who receives a call from a patient panicked about their results be PROMPT in their response.  I wish that EVERY one of them, who goes to work each day and forgets that our child, parent, sibling, loved one exists will at some point in their life be on the waiting side.

I WISH for every one of them – from the techs, to the couriers, to the office staff, to the doctors- to have the opportunity to await the results of a test from someone they love dearly.

Then MAYBE, just MAYBE they will understand our torture.

Hang on Meghan.  Summer is coming.  Hang on.