With the recent ALS Ice Bucket Challenge, we have seen ingenuity lead to a spike in funds and awareness for a horrendous disease.  Fundraising for the organization is at an all-time high.  I hope, sincerely and with my whole heart, that this influx of funds is well-managed, that it gets into the hands of researchers, and that is yields major steps towards a cure for this heart-breaking syndrome.

All this awareness raising got to me this week.  We donate what we can to our church, and various charities near to us, but this week I got reflective.  I donated to ALS and three charities that were not ALS, and have nothing to do with PTEN.  My donations will not impact the world in an earth-shattering way, yet it felt good.

Other people suffer, and all of us – disease specifics not to be debated, could stand to have a cure around

But, regardless of your opinion, I think this ALS Ice Bucket thing did more than raise awareness for ALS.  I think, it increased our awareness of humanity and other people’s struggles.

A few days ago in Costco I had over estimated my strength.  And as I wondered how I would get the chair into the car, two gentlemen came from nowhere.  Different places I might add, to work together to fit the chair into my car.

Then I received a card in the mail.  It had a check enclosed for us the for a charity of our choice, or something fun.   The handwritten note told me that Meghan and my story was impacting at least one life.  The need to keep sharing was renewed. 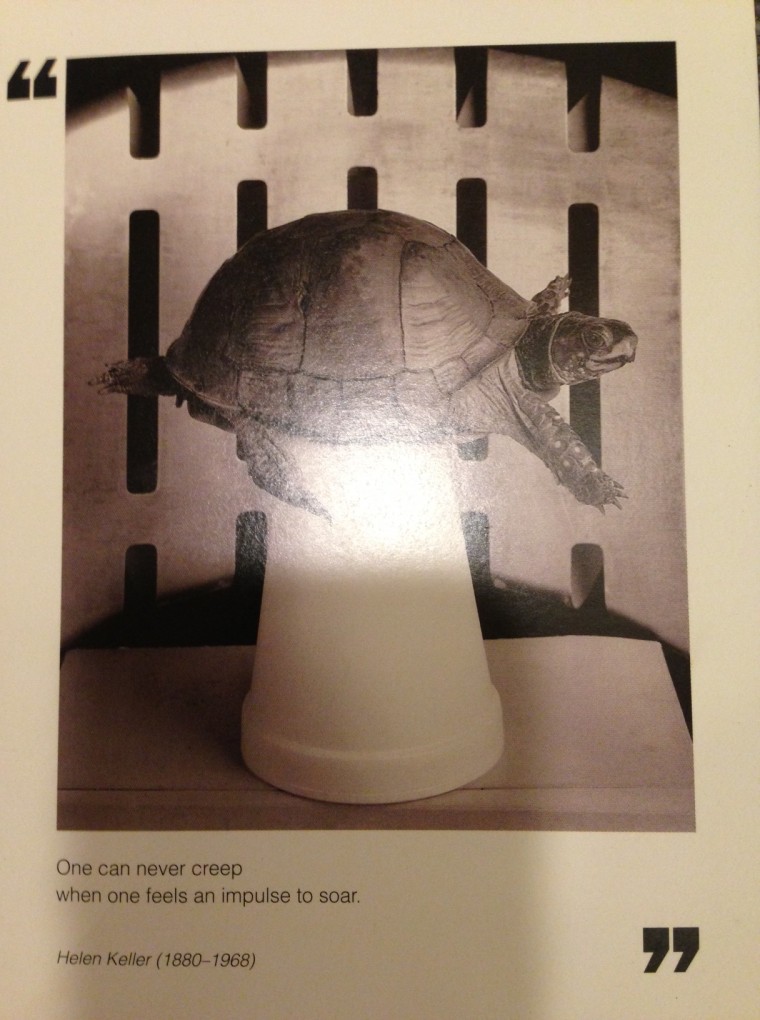 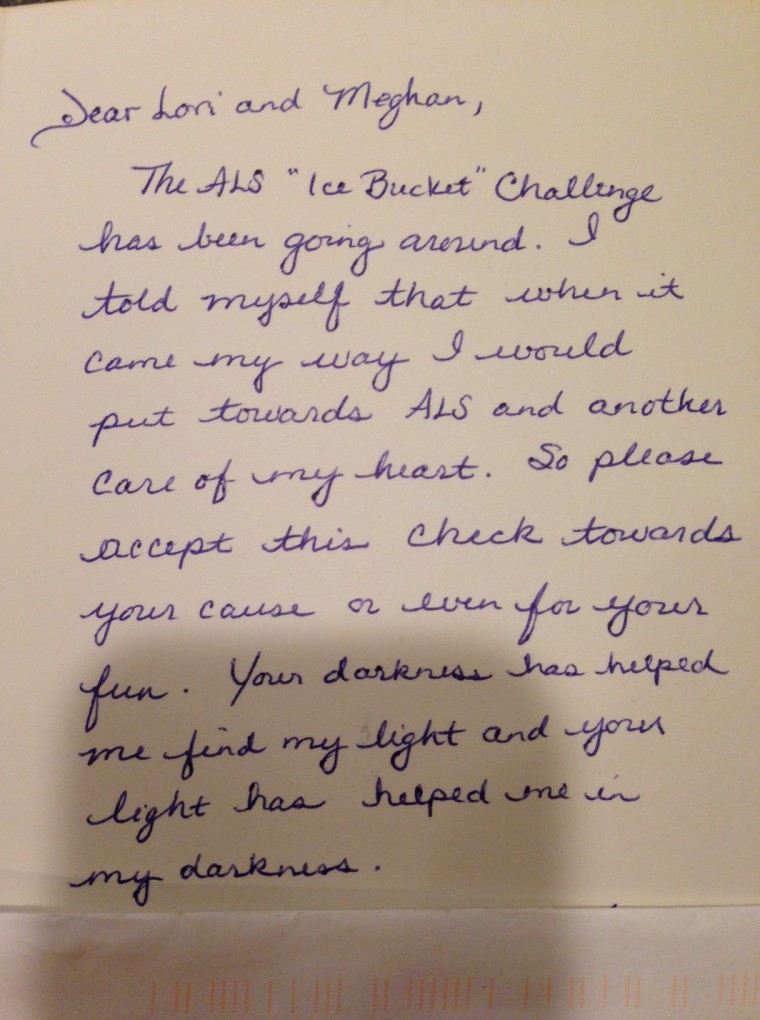 And I connected on Facebook to a man who we met in Disney last year.  He and his wife and Meghan struck up a conversation on a long bus ride.  He had a service dog.  She was enthralled.  She was raising awareness of Cowden’s Syndrome.  He tried several times to send me a link to a song that made him think of Meghan.  He was finally able to get it through.  I cried.  My little girl is making a difference and this man took the time to let us know.

In the mail was a package from a friend, a former student, with a “big sister” type of compassion for my girl.  There was a letter (which wasn’t for me to read,) and a key chain for Meghan, and one for me too.

None of these people could have known I was having a pretty tough time.  I don’t so well in chaos, and the house was absolutely upended.  In the year that everything broke, the bay window was being replaced, the house needed new… lots of things, and the leak in the pool was becoming evident. 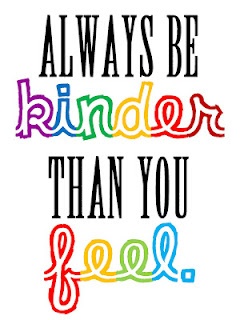 That’s why they matter.  So much.

We try to pay it forward as much as we can.  So special to be on the receiving end as well.

Whatever the cause.  Whatever the reason.  An increased awareness of others will make the world a better place.

Do something nice for no reason.  With no expectation of anything in return.  Just because.