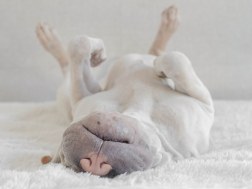 We don’t post the awful pictures.  We leave out the ones where we look less than our best.  Social media allows us to live in the delusion that everyone’s life is “perfect.”

I’ll be the first to admit the ugly truth.  It’s far from perfect.  It’s not neat or clean.  There is no bow.  And yes, most of the time I do delete the awful ones.  Those images and experiences are seared into my soul.

I prefer to go with the theory that the body forgets pain…  At least your own.  It’s how we survive.  But, if you live watching a loved one in pain – you know the memory will not slip even a tiny bit.  If you hold your child as they cry out in pure agony, or when they are weak from fever, you can remember where you were each time.  If you watch your teen wince simply through a series of steps, or check to make sure they are breathing as they sleep the better part of two or three days at a clip – you don’t forget. 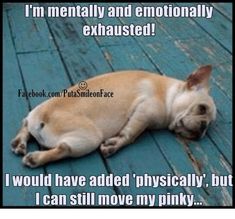 Recently, Meghan was in a production of “Beauty and the Beast Jr.” with the Staten Island Children’s Theater Association, Inc.  She loves the experience of working with a theater group and has been with this one a few years now.  It is such an enjoyable time in her life.  She spends months of Saturdays with genuine quality people preparing for the show.

And during those same months she is thriving academically.

And training for swimming.

And contending with seasonal allergies that are nothing less than relentless.

And, she is, every single day a person living with Cowden’s Syndrome and the effects it has on her, both physically and emotionally.

The show was almost 2 weeks ago.  It took me a little bit to get my thoughts together.

I think I have it now.

Living with chronic illness, chronic pain, chronic life altering physical ailments, is in some ways similar to putting on a production.

You set your sights on what you want to accomplish – large or small.  In some cases it’s going to a party, and in other’s it’s going to the backyard.  But, you plan for it.  You practice it.  You consider every detail.  You may have to select the right costume and even stage it so you don’t sit or stand for too long.  You know just what your body can do and there is a short window where you have to make it all work.

The rest of the time you are backstage.

You are in pin curls and shorts with a tank top.

You are rubbing your feet.  You don’t have make-up.  Backstage and rehearsals, these are what life is made of.  But, we don’t take the camera out while we are there.

Everyone’s preparation is different.  I can only write about ours and confidently say everyone has some level of preparation before the “show”.  Some people make it onto the stage more often than others.  Some people have fewer performances, but make them count as much as they can.  Those people take nothing for granted because they have no idea when they will step out into the “stage” again.

That’s what social media looks like to me, anyway.  Every picture is on the stage.  Some have more than others.  But, because of the world we live in it is easy to judge based on what we see without considering what we DON’T see.

The night of the show Meghan went to the diner with her friends.  She got home close to midnight.  It was Sunday, and a school night, and I had already decided she’d stay home the next day.  It wasn’t a reward.  It was a necessity.  The amount of energy her body had expended could not be recovered quickly.  She slept until 2pm the next day, and was asleep again by 9.

I sent her to school that Tuesday – ready to roll.  She swam at 5am, did a full day of school, an hour of physical therapy and another 2.5 hours of swim practice.

Probably not the best plan.

The physical therapy is in place to try to strengthen her overall.  Joint laxity, ligaments subluxing… all sorts of cracking, popping and shifting.  The search for answers is on, but in the mean time we do PT…

By Wednesday she couldn’t move.  She made it to school – barely. 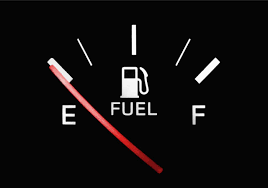 Her IEP meeting was that afternoon, and we had lengthy conversations about all sorts of physical and emotional needs relating to school.  We also spoke at length about the service dog we are in a holding pattern waiting for, and how he will fit in to the big picture.  So many questions…

Thursday we got in the car to go to school.  By 7:30 I had her back in her bed.  She just could not.  She slept until early afternoon Thursday, followed it with and early bedtime and slept again until early afternoon Friday.  There was a little less sleep as the days went on but it was a slow process.

The show that was so incredibly worth it in every way – cost her a full week in recovery time.  Her body hurt so deeply.  This is not an out of shape child.  This is a person living with a chronic pain and illness that is affecting her body in ways not even the doctors fully comprehend yet.

But I didn’t post pictures of her wincing in agony, or sleeping for days.

To the outside world she doesn’t look sick.  She’s 5 foot 8, full of muscle and extremely well-rounded.

She works hard at it.

Some days are easier than others.  But every day she works.  She is fierce and relentless and she does not quit.

Next time you catch a photo of her smiling or singing in a pretty dress know that it took a lot of staging to pull that off, and there will likely be a lot of recovery on the back end.

But, she wouldn’t have it any other way.  Not for a moment.  She is my inspiration to remain…