Maybe the hardest part about being a kid with Cowden’s Syndrome, is trying to be a kid.

I wouldn’t know.  My diagnosis came way after I was a “kid,” although I might say that it was never easy fitting in being the kid who was always at the doctor or in surgery – for something.

Meghan has kids who like her, but precious few that she calls friends.  The girls she is close to are lovely through and through.  I find them similar to Meghan in developmental exposure to the real world.  They still know how to play dolls and be kids.

This week the swim meet was against the team of one of those friends.  This is a young lady who has been to my home, and Meghan to hers.  She chose to write a book about friendship and dedicate it to Meghan.  They took countless swim classes together.  So, the fact that they would be competing, in some of the same events today, caused anxiety for Meghan.

She worried about losing – and about winning.  She wasn’t sure how to digest either one.

After the race where she took second and her friend took third, her dear sweet friend, half Meghan’s size, stayed behind to try to help Meghan out of the pool.  I wanted to hug her for being so graceful and such a lady.  That little girl, whom I always respected, gained my admiration forever right at that moment.  It spoke volumes of her character.

So as we replayed the meet in the car on the way home, Meghan was pleased to have placed well.  It was only her second competitive meet ever, and she was enjoying the feeling of competition.  We didn’t dwell on it, and after a shower we were off to buy some shoes for Easter, and a sweater too.

Imagine then my surprise when I overheard her on the phone with another classmate bragging about her win over her dear friend.

When the conversation ended we spoke and there were tears.  She was just so proud to finally be successful, she forgot herself.  Now she was just beside herself.  She was worried her friend would find out she had bragged, and was terrified at losing her friend over nonsense.

So, she did the bravest thing I could have imagined.  She called her friend, and confessed.  Knowing she might never get caught, she could not live with the fact that she had been disrespectful to someone she held so dear.  So, in between sobs she told her friend the whole story.  And she apologized.

I am sure she won’t do this again any time soon.  She was devastated.

And her dear friend – I expected nothing less – greeted her with a pure and forgiving heart.  Turns out she herself had once bragged, apologized, and been forgiven. 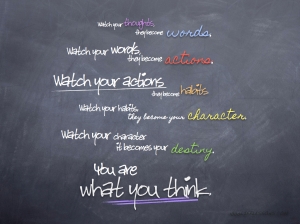 I love it when a story ends well.  Life lesson taught.  All friendships in tact.

Friends creep into your life at the strangest times, and under the most peculiar circumstances, but sometimes the people we are happiest to know are the ones who became friends when we weren’t paying attention.

My neighbor has a heart bigger than almost anyone I know – except maybe my daughter.  She has looked out for all three (five with Allie and Lucky) in this house more times than I can count.  She loves my little girl like she is her own blood.

Today she showed up with this ornament. 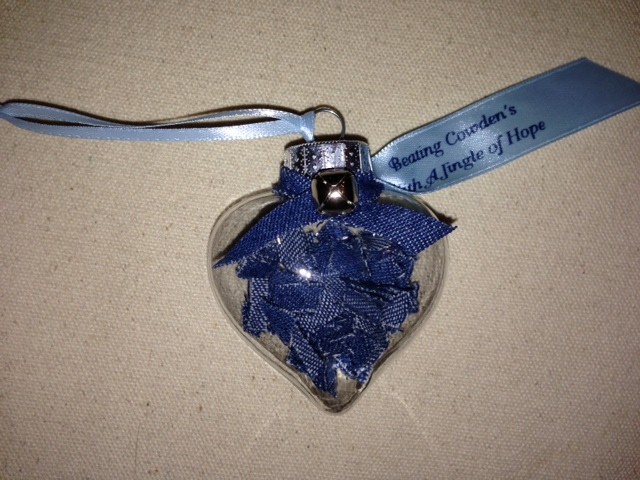 Apparently she made them, sold them. and brought the profits over for Meghan to donate to the charity of her choice.

She fills our lives with JOY – and is definitely an angel on earth.