Somewhere in between trying to get back to school after a night in the ICU last Sunday, and this Saturday morning when she woke, not ready to swim, but with a raging 102.5 fever, I lived a few years.

Fortunately, I take pretty good care of my body, and when she’s well I make covering between 7 and 9 miles a day a priority.  I make eating well a priority always.  I invest in nutritional cleansing by choice.  It’s a lifestyle.  I focus on taking the stairs when I can.  Laughing with the elementary school children as I hit the 4 flights in our building over and over is good for me, and them.  Some people train for marathons.  I train for life.  It’s a bit of a marathon itself.

It’s quiet here.  Nothing stops a conversation faster than telling in honest frank terms the newest challenges Cowden’s has thrust in our faces.  Last week there was the trouble breathing and the debacle of no answers at the ICU.

Tuesday the orthopedist recognized uncharacteristic tightness in al her muscles.   Her hips and legs were in full spasms.  He was confused.  Updating him on what was new since our last visit included the D&C amd precancerous cells in the uterus.  It included letting him know she is now on 10mg a day of progesterone.  To say he was unsettled be an understatement.  He let us in on his fears that the hormones were causing muscular issues, and that he feared her vascular malformation could indicate a tendency towards blood clots which this hormone level left the door wide open for.

Sigh.  Growl.  He left no bones about where he stood.  He withstood our questioning about risks and benefits.  He disagreed with the hormones.  End of story.  I asked if we were to return in 6 months.  I was told 2 months.  He’s concerned.

And as the week went on she continued to just feel worse.  For the second week in a row, only one swim practice.  An indicator of the severity of things.  By Thursday I reached out to the Adolescent Gyn.  She called while we were in the pediatricians office stating how poorly Meg felt.  All the suspicious virus tests came through negative.  CBC was normal.  Our Pediatrician spoke to the Gyn.  With reservation on her part, and too much “soft evidence” cited by him. the decision was made to pull the hormone.

This is NOT a decision to be taken lightly, for so many reasons.  The least of which, yet still significant, is the generalized body discomfort that came with the months prior to the D&C, and prior to the hormones.  It was torture for her.  Then, there was the clear declaration, (because everyone likes to speak to the very smart 12-year-old,) that this hormone treatment, this move to arrest cellular growth in the uterus was the BEST way to help ward of cancerous tissue trying to form.  In other words this hormone causing chaos in her body was her best shot at avoiding uterine cancer.

She woke up Saturday morning very unwell.  I don’t recall the last fever.  This one was 102.3 at 9AM.  Back to the pediatrician we went.  Tamiflu and 2 antibiotics.  Hit whatever it is hard, real hard, and keep her out of the hospital.  That was the plan.

So far it seems we’re on the right track.  The fever is waning.  The breathing is sometimes tricky.  The phlegm is thick.  She’s tough.  She’d hydrated.  She’s resting.  She’s doing her part.

There are decisions that have to be made while #beatingcowdens that no one should have to make.  There are guesses and speculations we have to play into, with no guide and no proven statistics.  We have to focus on today.  We have to make decisions based on today, and quality of life issues right now.  But even these are insanely complex.

There are times, as humans, we want to know more.  We want a guarantee.  We want insight into the plan.  It is a sign of our weakness.  We are working on it.  Our God will continue to guide us, strengthen us, and move us forward.  Be need to breathe in peace and faith.

Some days this is not an easy task. 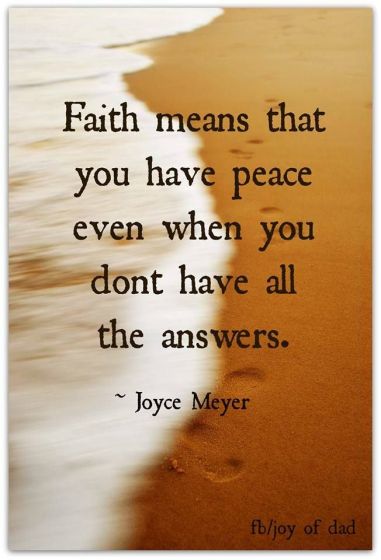 To our friends, please know we don’t hide.  We don’t avoid RSVPs to be difficult.  We don’t back out at the last moment because we want to.  We miss you.  We are anxious for easy, comfortable gatherings.  Life just seems to toss things in the way – often enough it gets difficult to dodge.

It’s ok if you don’t have words when we throw heavy stuff on you.  It’s ok.  Sometimes just to listen is all we could ever ask for.  Please listen.

We have not lost touch with your lives.  We understand we are not alone in challenges.  Do not feel you have to protect us by not sharing.  You trusting us, makes us feel valuable.  It makes us feel we matter to you.

See just because #beatingcowdens has overtaken our lives doesn’t mean we’ve lost touch with reality.  We want to see your baby photos, and hear about first steps, and awards, and sporting events.  Call. text, Email, write.  Know we haven’t left you for a better deal.  We, like you, are just keeping our heads above water.