Tonight my search for perspective was harder than it normally is.

Tonight I needed a glass (or two) of wine, some time alone in my office, and plenty of music.

And as the lyrics roll through my head in the eclectic mess that spans, Contemporary Christian, Classic Rock, and some alternative memories from back in the day, I somehow start to find myself again.

I am generally a very positive person.  I am able to find blessings in unlikely and hard to reach places.  I make a point of focusing on these things for so many reasons.  Primarily, I find it is necessary to be positive for my health.  While I don’t believe a positive attitude alone will cure illness, I do firmly believe a negative one, or a constant state of stress and worry can worsen illness.  We certainly don’t need that.

But, lately I’ve been frustrated.  I’m even a little angry.  You see – everything is NOT fine.

And I’ve been avoiding my computer because I’d rather write when my perspective is in its proper place.  One of the reasons I love to blog is because I can get right in my head by the time I’m done.  I can typically work through whatever is gnawing at me.

There are drafts in my folder.  Unpublished, unfinished work.  I’ve tried, but I’m struggling.

Logic leads me to retrace the obvious.

In our house the diagnoses came about five and a half years ago.  I was 38 and Meghan was 8.

In most of the people I’ve interfaced with who have Cowden’s Syndrome, their diagnosis is less than 10 years old.  I know there are others, but this is the majority.

There is a growing group of us who are parents.  Now, in my case, my diagnosis was made BECAUSE of Meghan’s.  But, in many cases the opposite is true.  There comes a point where the signs are either apparent, or subtle, and something prompts the formal diagnosis of PTEN Hamartoma Tumor Syndrome, in some form, in our children.

Anecdotally, we are not the only house where the syndrome seems to manifest worse a generation down.  This is a story I have heard many times.

There is a special kind of knot that forms in your stomach and lingers, forever, when you realize that you are somehow responsible, in an unintentional, yet undeniable way.  Your child has this syndrome because, even with a current estimate of a 1 in 200,000 diagnosis it is an autosomal dominant condition, which means that if you have the mutated PTEN gene, 50% of the time, it will pass to your child.

Between us, since Meghan was born in 2003 there have been 30 or more trips to an operating room.  On 18 of those visits I have watched my girl head into surgery.

And I know all the blessings bestowed upon us.  I know the beauty of benign biopsies, and the gratitude of legs that allow for walking when the alternative has certainly been possible.  I know the strength and resilience of my daughter, and the grace of God alone.  I know the grit of a child just out of her 7th knee surgery who understands the recovery process better than any PA she will meet in the surgeon’s office.  I know the feeling of bruises on my knees as I give thanks for my child who is ABLE to recover.  I get it.  I truly do.  I’m grateful.  I am.

But, you know what else?  Sometimes I get angry.  And, that’s OK too.

I’m learning that part of being able to be positive is allowing myself to FEEL and WORK THROUGH ALL the emotions that come my way.  Even the ones that hurt.  Even the ugly ones that don’t have flowers and rainbows attached.

This is reality.  This is our reality.  And I am not about comparisons.  I do not profess to understand anyone else’s reality any more than I could expect them to understand mine.  I do not use words like “worse” or “better” or “harder” or “easier” or “fair” or “unfair.”

What I can tell you about our reality is that 18 is too many surgeries for a 13-year-old girl.

I can also tell you there will be more.  For both of us.

Vigilance, a necessary reality to keep us in front of the astronomical cancer risks associated with Cowden’s Syndrome will lead to more surgery.  And we will hope and pray each is followed by a benign biopsy, or an encouraging word from an orthopedic surgeon trying to preserve a knee damaged by a mischievous AVM.

When my girl received her diagnosis she was in 3rd grade.

Cowden’s Syndrome is isolating.  In addition to numerous food issues, and immunological issues, and significant knee trouble (understatement of the year,)  there are SO MANY doctor’s appointments.  There are countless blood draws.  There are so many days I pick her up at school and we do ANOTHER 4-5 hours round trip in the car, traveling to NYC, sitting in traffic, parking, waiting, sitting in more traffic… 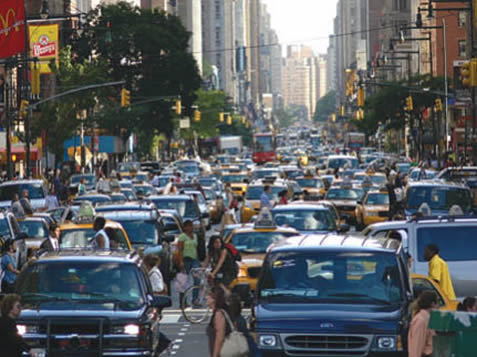 When I was a child I always “knew” something was wrong with the ridiculous number of surgeries I had, but it was different.  It was not the same as knowing for sure that your genetic mutation was going to guide portions of your life whether you like it or not.

When you have one thing wrong, whether you break an arm, or have your wisdom teeth out, or your tonsils, people seem to know what to say.  When you constantly have something wrong, some type of surgery, or some type of recovery on the agenda, it gets harder for everyone.

People don’t know what to say.  So they don’t…

Cowden’s Syndrome can be very isolating.

We are forced to make the logical choice for necessary screening appointments, and often surgery, while often having to skip social, cultural, or sporting events.

We are forced to say no to social engagements so often, that people forget to keep asking.

Our youngest children at diagnosis may not fully understand the scope of what is now their’s.  But, they will.  If they have a parent with the same syndrome they will watch.  Everything.  If they are the first in the family they will piece it together.  Really there comes a point there is no keeping it from them.  Then what?

I am blessed with a young lady who reads like a book-worm, and has a solid comprehension of people, personalities, and her environment.  I am left only with the option to tell her the truth.

Sometimes the truth gets stuck in your throat, burns a bit, or leaves some nasty reflux.  Yet, still that bitter pill is the only one we’ve got.

I sometimes wonder how different things could have been, if…

But it is my girl who stops me.  Without this diagnosis she knows I would not be here.  My breast cancer was uncovered by her diagnosis and that diagnosis undoubtedly saved my life.  Without Cowden’s Syndrome she knows she would have become someone different.  Someone else.  And that wouldn’t have been right.

While I don’t believe in a God who wants us to suffer, I believe in one who uses that suffering to allow us to become a better version of ourselves.

My girl started Junior High with a broken foot.  During her 3 years there she endured less than perfect social relationships (read, a few very mean children and my child who didn’t always have the patience to contend with teenage normalcy) and 7 surgeries.  SEVEN. Seven recoveries, and pre and post operative visits too.  She did that while holding an average of well over 95% every single marking period.  She did that while making enormous strides as a competitive swimmer.  She did that while learning that she had a the voice of a singer hiding inside.  She did that while performing in several productions, practicing after school for months each year.  She did that while spearheading 3 successful PTEN Fundraisers, essentially putting Cowden’s Syndrome in the vocabulary of our community.  She’s ending Junior High on crutches.  Unfortunate bookends, or a reminder of the strength and resilience of a young lady who refuses to be defined by her disease.

I am sometimes not even sure if she is aware of her accomplishments, as she is so busy pushing onward to stop and notice.

Who sets the example here?

I guess I need to stop hiding from my computer.  Perspective never really leaves.  Sometimes it just needs to be worked through.

This diagnosis stinks.  This syndrome is a real bear to contend with.  It is lonely and isolating and leaves little time to even see family, let alone friends. However, as the saying goes –

And that is probably the real perspective.

And almost as if perfectly timed, I found my title for this blog – as the Pandora radio plays..

This goes out to the heaviest heart

(It’s Not Over Yet – For King and Country)