Remember where you were a year ago?

A year ago this evening I was pacing the floors.  Making sure Meghan was packed for school.  Triple checking my hospital bag.  Planning my last meal by midnight, and pacing the floors – quite sure I wouldn’t sleep.

I hadn’t arrived at that moment in my life by accident.  It was the result of years of breast biopsies for suspicious masses. MRIs, sonograms, mammograms – and a mother who was a bilateral breast cancer survivor.  Not to mention my diagnosis of Cowden’s Syndrome that had been confirmed only months before I met the warm, caring, and decisive surgeon that was about to remove part of my body.  Don’t wait till the summer – she somehow convinced me.  March 5th.  Get it done.

One year ago, on the morning of March 5th 2012, after vomiting repeatedly from terror, my husband and I left and headed to NYU hospital for my “prophylactic bilateral mastectomy.”

We checked in by 6 AM.  I can remember every detail of the morning.  It is imprinted in my subconsciousness.  It may fade over time – but for now…

My brother in law called my cell phone by six.  We prayed together.  Then, I just focused on breathing.

Checking in takes forever.  Everyone stopping in.  Lots of waiting.  I paced that small room so many times I swear my footprints are probably still there. 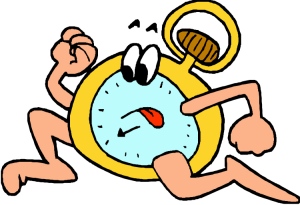 I had to explain to the resident filling out the paper that I was not having “tissue expanders” put in.  Well this was not an easy concept for him.  Apparently that is just what everyone does.  The expanders are placed during the mastectomy, and then “filled” until the tissue expands to the size you would like, and then the silicone is placed.

Well I had already had a long talk with my plastic surgeon.  I had no desire to have giant boobs.  Nope.  I was sure.

At 38 years old, and the mother of a nervous 8 year old, all I wanted was to leave the hospital and not have to return for another surgery.  (The sweet irony of that wasn’t realized until I returned 10 weeks later for my hysterectomy… but anyway)

I had convinced the plastic surgeon to use whatever silicone implant she could – and put them right in.  After a lengthy discussion, she agreed.  It was more important for me to get right home to Meghan.

This resident was having a hard time wrapping his head around this, but finally we got the papers right.  They were to put in whatever one of these fit best – preferably a matched pair.

Finally it was time to head to the operating room.

I have had lots and lots of surgeries, but the thought that I was engaging in such a major procedure “prophylactic-ally” was literally making me weak at the knees.  Fortunately I managed to hook up with an absolutely awesome surgeon/plastic surgeon team.  Two women who are talented, compassionate, and understanding.  They gave me the peace of mind I needed right before the anesthesia.  The last words I recall before I woke up – “You’re doing the right thing.”

They expected a “clean easy procedure.”  After all I had had an MRI just a month prior to confirm I was cancer free.

Recovery from anesthesia isn’t my forte, although I have improved with experience.  I got to visit with my sister, and enjoy my husband.

The peace I felt after this surgery can not be understated.  I was so relieved.  The storm had been calmed.  It was done.

I left the hospital about 28 hours later on March 6th.  I couldn’t wait to see my girl.  The drains were still in place and they would stay for another week, but the hardest of the hard work was done.

So, on March 5th – my boobs are officially a year old.  At least that’s the day I adopted them.

And what a year it has been.

A week after my “prophylactic” mastectomy, I held in my hands a pathology report that clearly stated I had DCIS – early stage Breast Cancer.  Among the other “precancerous” conditions embedded in that report was the reality that I no longer had to be concerned with the “what if?”  It was done.  I was OK.  By the Grace of God alone – the cancer was out before it was ever a problem.  And, whenever I doubt, or get angry or frustrated by our Cowden’s Syndrome journey, I am reminded of that moment.  Without Meghan, and without her diagnosis.  I would have never proceeded with such an aggressive surgery.  God gave me my little girl, and spared my life.  We will use that gift as often as we can.

The weeks of recovery went smoothly, with lots of help from mom.

And then it seemed – no sooner was I back at work, that I was being told by another surgeon that I NEEDED a complete hysterectomy – now.  So, in May we went back.  This time at least everything was benign.

This is the year that included 2 surgeries for Mom and a thyroid biopsy for Meghan.  It included a car accident that I am still healing from. (And the very first thing I checked after I realized I had been in an accident was that my silicone was intact!)

It included circumstances that caused me to step away from my church, and blessings that led me to a new one.

This year I laughed deep laughs, and I cried gut wrenching tears.  I got re-acquainted with old friends, and I met new friends in support groups online.

This year I learned there are some benefits to small silicone boobs… (with no nipples!)  I got to go bra-less for the first time in YEARS!

This year we vowed to make a difference,

This year we gave out over 2,000 denim ribbons, and taught a whole lot of people about Cowden’s Syndrome and Rare Diseases, and the Global Genes Project.

This year was only the beginning of the rest of our lives.

HAPPY BIRTHDAY TO MY BOOBS! 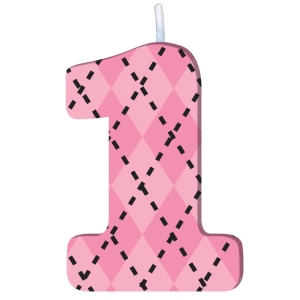 It just sounds better than 6 months.  It feels better too.

“Six months” says, we are still a bit concerned.

A year says, “You got this.  I’ll just check back and make sure it’s all good.”

One year from now I will visit the plastic surgeon.  She will check on my fake boobs, and make sure they are still doing exactly what they are supposed to do.  (Which near as I can figure is stay still.)

Next month I visit the breast surgeon.  Hoping to get “one year” from her too.

Eventually my life and Meghan’s will be in some type of maintenance cycle.  We still have some time before we get there, and there will always be doctor’s appointments – but for now it’s a big win.

The cancer is long gone.

I heal pretty well.  Especially on the outside.

Cowden’s Syndrome is good for something.