I’m aware of Breast Cancer.  As a survivor now of 6 years and the daughter of a 21 year survivor, I am aware as I dry from my shower facing my mastectomy scars every morning, that breast cancer is reality.  As my Facebook feed and my memory are both too full of those we have lost and those who still face this disease, we are aware.  What I wonder, is how much help is the awareness?  It is a topic that could be debated forever, but I’ll change gears first. 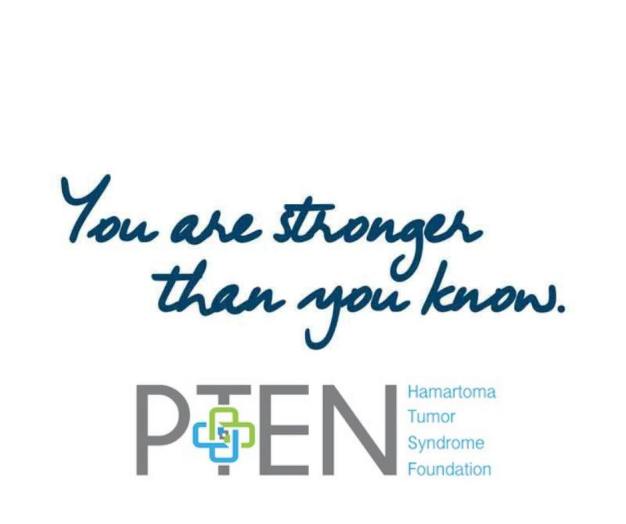 Something else I am very aware of is the PTEN gene located on chromosome 10q23, and the perils its associated mutations can cause.  So when the PTEN Foundation let us know that 10/23 was designated PTEN Awareness Day, we were all in.

This blog has, for years been designated to the ups and downs of this mother- daughter duo dealing with Cowden’s Syndrome, the diagnosis we both received in late 2011 after a PTEN mutation was first diagnosed in Meghan, and weeks later in me.

The few years following were an absolute whirlwind of appointments, scans, screenings and surgeries.  We worked to keep our heads above water and just exist.  We considered keeping my job, and maintaining honors status in her school quite the accomplishment.

We were told things over and over, like “don’t let it define you…”

I’ve got some news for you.  You can only walk so far into the fire without retaining the scars. 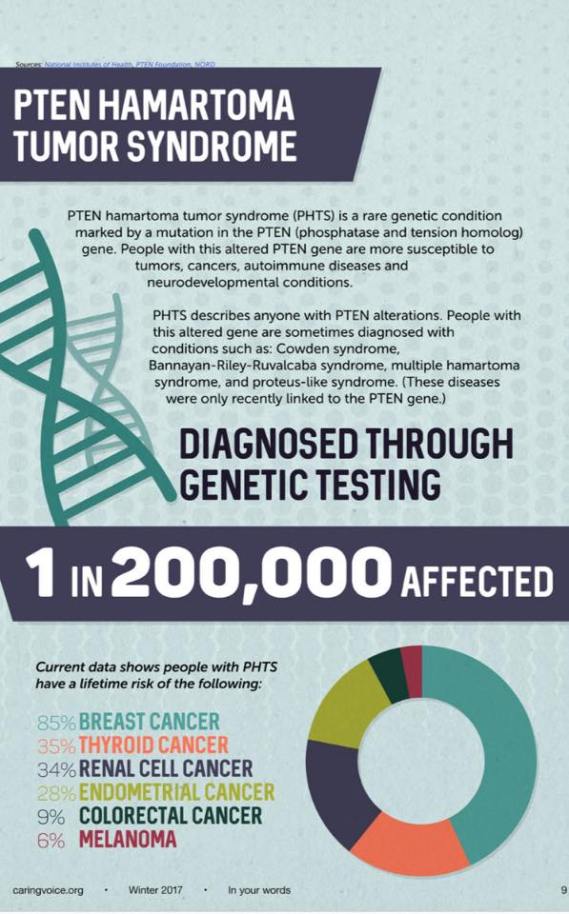 True awareness of PTEN for us comes with comprehension of the gravity that you have to remain in a vigilant stance of preparation, awaiting attack from your own body at all times.  PTEN patients have ridiculous cancer risks pretty much all throughout, and the VIGILANCE required to stay ahead is utterly grueling.

We are faced with choices to keep the most high risk organs, or remove them prophylactic ally.  We are asked to play the odds.  With our bodies. All the time.

With Meghan the AVM (Arteriovenous Malformation) in her right knee, though quiet now, has caused damage she will deal with forever.  She is 15.  God willing she will walk on those legs another 80 years, each day aware of the pain, and of the symmetry removed from her body forever.

When you have to be vigilant, you have to plan.  There are trades.  You have to decide if you’ll miss school with friends and fall behind in classes or give up the breaks designed to recharge you.

There are no breaks.  February – months away has 3/5 of its break and 2 other days devoted to appointments.  Martin Luther King Jr. Day in January.  Yep – that one too.  Don’t worry, the brain MRI is scheduled for April break….

You have to pick and choose.  And the decisions are hard.  You want to give it all to everything, but HOURS of your world are wasted in bumper to bumper traffic, waiting for the hopeful news that you have another 6 months before you come back.  And if, in fact you don’t get that news the schedule is tossed and it’s game on for scans, analysis and biopsies.

The pain.  No one can really tell us yet from why, but it seems to exist throughout.  The fatigue.  Maybe the thyroid issues, maybe some immunological stuff.  Maybe some connection yet to be determined.  But it’s real. 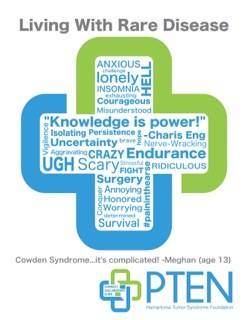 It’s as real as the number of times we had to decline invitations before most people stopped asking.

We’re not blowing you off.  We’re holding it together – by a shoestring.

Chronic Illness is hard to live, and we get that it’s difficult to watch.  But, it’s real.  And short of a cure, it will never “run it’s course.”  It will not BE us, but it will be PART of us – FOREVER. 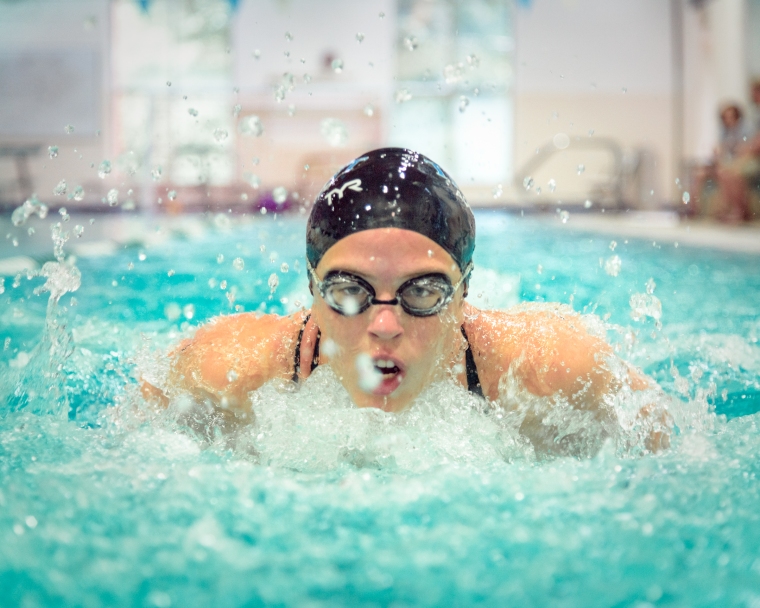 No, as a matter of fact she looks strong and determined.  She’s been practicing for quite some time.

Sometimes I have to bite my tongue to keep from replying, “You don’t LOOK ignorant either – but at least you can fix that if you WANT to…”

Our rare disease journey has opened our eyes to not only PTEN disorders, but “Lhermitte-Duclos disease,” “Nail-Patella Syndrome,” “Lynch Syndrome,” “Spinal Muscular Atrophy,” “Muscular Dystrophy,” “Neimann- Pic Disease,” ” Neurofibromatosis,” “Acute Myeloid Leukemia” to name just the very tip of the iceberg.  I am more aware than every that everyone struggles.

I’m also a big fan of real pure awareness, for the sake of learning something about other humans I share the planet with.

One of the humans I share my home with has grown up in a totally different direction courtesy of this disease.  And while I am grateful for her diagnosis, as it surely saved my own life, I am sad that she has had to see so much, and manage so much already in her life.

So today, on 10/23, if you’re not living with it yourself, direct yourself to http://www.PTENFoundation.org, or the PTEN Facebook Page and learn an little more about PTEN.

My own girl is working every day to make herself better, physically, mentally and emotionally.  When I have down days, or I just don’t feel well, she reminds me to forgive myself.  “You have it too Mom.”  Indeed I do, and it’s quite a ride…

For as much as this disease has taken, I am grateful that she is starting to take back control, and is finding her voice as an advocate for herself and others.  (And I love listening to her sing too…)